As the car waded through three foot deep mud pits, I wondered silently what the rest of the trail would be like. We parked, strapped skis to packs, and plodded our way down trail. Two miles later, the trail ends just as abruptly as it started. Being the stubborn one, I decided to start wading through boulder fields and deadfall. My bullishness sent me on a personal vendetta, dragging skis through thick forests and piles of rock. Sometimes the direct route isnt the easiest, but I still havent figured this out.

As we bushwhacked through the heat of the day, I could see Independent Mountain on my right and Temple on my left. Using those way points we figured there was no way we could get lost – at least we got that part right. Four hours later, legs cut and shins bruised, we arrived at a perfect meadow under Temple’s immense shadow. We set up camp and took the first rest of the day. “Hey you brought a lighter, right?”, was the running joke of the day. “Of course I brought a lighter. Do I look like an idiot?!” Yeah… I do. I had packed in a delicious meal of Backpacker’s Pantry Chana Masala to enjoy that night. I popped open the top to my stove kit and expected a lighter to be staring me down like some kind of Mexican luchadore.
“You’re never gonna believe this…”, I mumbled. “There’s not a lighter here. Blaine just stared the typical ‘deer in the headlights’ look. You could cut the irony with a butter knife.
The next step was finding something to produce a spark. Two guys who have spent most of their adult life in the backcountry should be able to make this happen, right? Wrong.
Three hours later, blunt knives and broken rocks scattered around camp, we finally gave up, man cards revoked and ripped into pieces. Looked like cold, watered down instant mashed potatoes for me, and tuna with crackers for Blaine. I slurped mine down faster than a Hindu priest that’s been fasting. I knew this, in combination with the excess of coffee I would be drinking in the morning would be a force to be reckoned with.
We put our blunder behind us, took out the topo and sat on a large rock. Over cold instant potatoes and tuna with crackers, we studied the maze of cliff bands and snowfields, willing a route to the top. We knew we would be able to climb up, but skiing down would be the unknown.
As the sun went down and the air turned cold, we decided to turn in. Tomorrow would be a new day, lighter or not.
After a warm night’s sleep on my new NeoAir X-Therm sleeping pad, we got dressed and packed up over cold coffee and even colder mashed potatoes. The chunks of powdered potatoes stuck together in large, potato-chip-like crunchy flakes. I knew this may very well clog my lower intestine but I was eager to get up Temple.
After a wet, early morning slog through a temporary bog, we arrived at the first set of cliff bands. Soon after navigating through a few icy slabs, we topped out on the first ridge. A manageable 2000 feet of climbing separated us from our goal. I donned AT boots and started frontpointing my way up the snow and rock. Three uneventful hours later, we dropped packs on the summit of Temple – it was 10:18 AM. 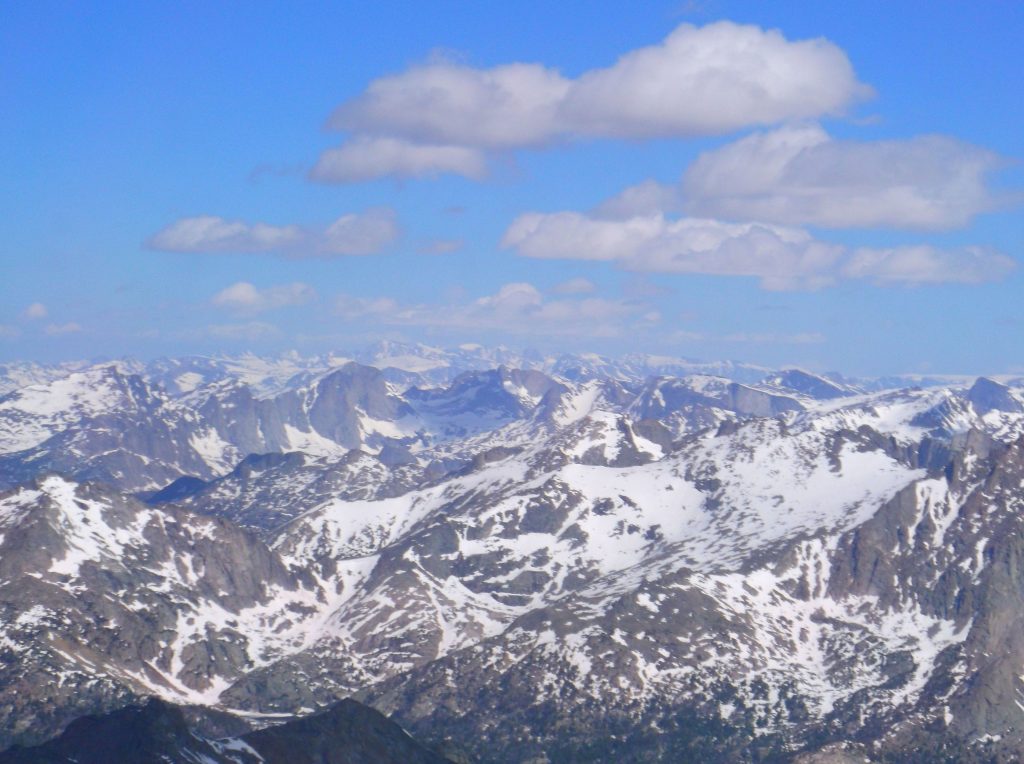 Between 25-30 MPH wind gusts, we decided to wait until 11 AM so the snow would soften up enough to be skiable. This turned out to be the best decision of the trip. I descended 200 feet to where I had stashed my skis and got some pictures of Blaine coming down from the col. I clicked in and followed, enjoying some of the best turns of my life. We were able to link 2500 feet of skiing down the gully leading to the North Temple Creek drainage. 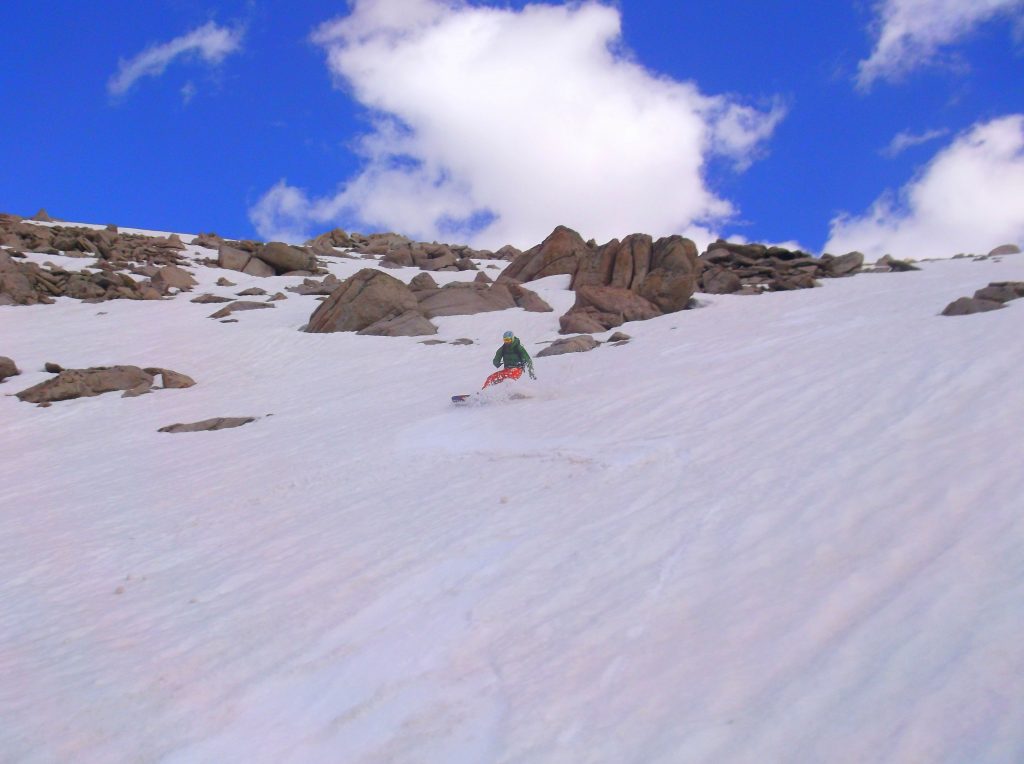 We clocked in at 4 hours camp-to-camp. Realizing that another night of cold potatoes would more than likely kill us, we decided to head back to the car. This time, Blaine’s heightened trail-sensing awareness led us to a sheep trail that took us quickly back to the meadows, and our car. 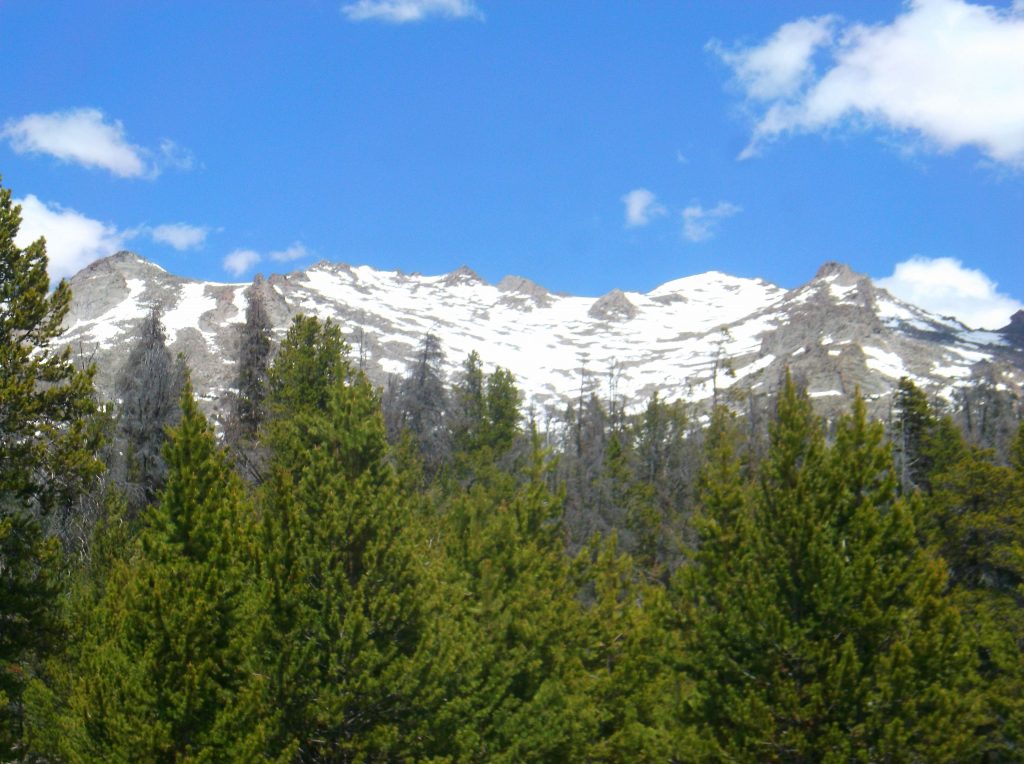 We left Temple with happy hearts and our man cards once again intact.