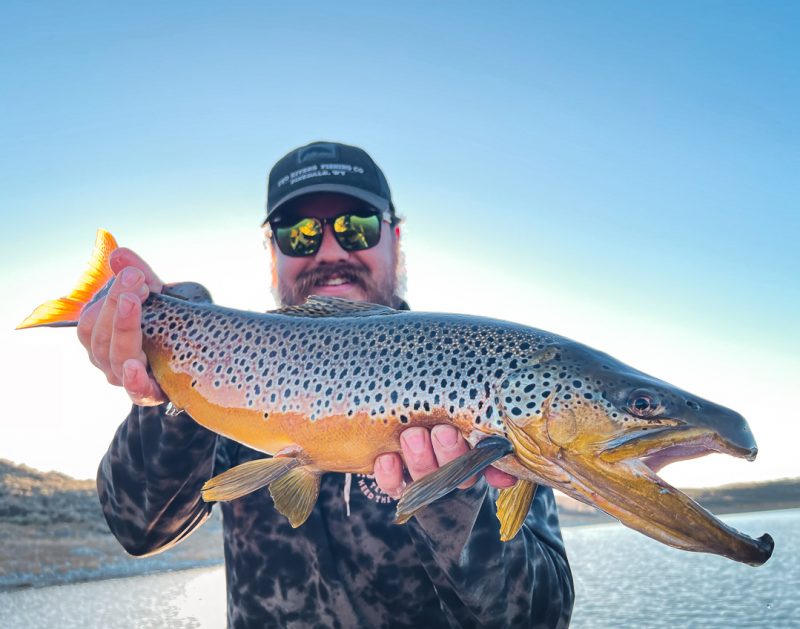 Once again, spring weather here in Western Wyoming has proven to be unpredictable, with most days last week having high winds and near-freezing temps. The mountains surrounding our drainage have continued to accumulate and hold moisture, and we are looking forward to a week ahead with blue skies and warmer days. Every week we feel more at ease about the quality of our impending runoff. Basin-wide snowpack is still slightly above average, and fishing is starting to pick up as we get regular bumps in flow levels.

The Green has been fishing well lately, especially on the back end of a storm or any time the water warms up a bit. Large stonefly nymphs and worms have been productive, as well as some streamers. Low and slow is still the name of the game as most of the larger fish are a bit sluggish and hanging out mostly at the bottoms of runs.

The water on the New Fork is still low and clear, with an overall drop in water levels. Focusing on water with a bit more current-like tail-outs of runs and sweeping outside bends has proven productive this past week. Occasionally, we have seen risers along slower banks, but it is still extremely sporadic.

The rainbow spawn below Fontenelle is effectively over, and we are in some of the best time of year to fish Seedskadee as many post-spawn trout look for their first big feed in a few months. Riffles, cutbanks, and eddies are the usual suspects for finding large fish down there, and this week was no different.